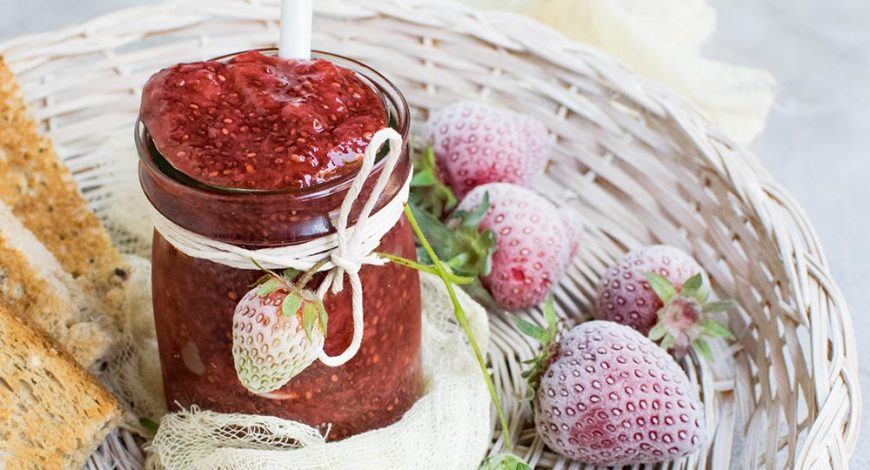 10 Interesting Facts About Jam and Marmalade

Jam – an emblematic and most favorite food of our childhood. Many of us grew up with home-made jam – our mums used to spread it on a slice of bread or put it on the table next to freshly prepared pancakes in the morning. Our grannies on the other hand used to gather spring and summer fruit, cooked it in a large saucepan, and filled those “sweet” jars, which later in the year we would open with joyful eyes.

Jam has always been part of our culture. And as it turns out – not just ours as the story of jam and marmalade dates back to the Middle Ages and even earlier.

Here are 10 CURIOUS FACTS about jam and marmalade you probably didn’t know:

1. It is believed that jam and marmalade were made for the first time in the Middle East, where sugar cane grew naturally.

2. The knights who came back from the Crusades were the first to bring jam and marmalade to Europe.

3. The word “marmalade” comes from the Portuguese word “marmelo”, which is a kind of quince paste. This thick plum jam/marmalade was made in 15th century.

4. The popular myth of marmalade is that it was created in 1790 in Dundee, Scotland. Preparing marmalade was the way to deal with a shipwrecked ship loaded with half-rotten oranges. It is believed they used the recipe for dough paste to prepare the marmalade.

5. The mythical “golden apples” of the gardens of the Hesperides that Hercules had to collect are most likely Seville oranges that thrive in the Mediterranean and are mostly used to prepare marmalade.

6. One of the oldest references to “orange marmalade” is found in a recipe book written by Elizabeth Cholmondeley in 1677.

7. The Indians made jam and marmalade of pomegranate and grapefruit.

8. Early “jam” and “marmalade” were flavored with rose water and musk or amber then cut into squares – just like Turkish delight. They were often put in beautiful boxes and given as presents.

9. When Captain Scott headed to Antarctica in 1910, he packed jam and marmalade. Many years later, lonely jars of jam were found buried in the ice. Also when Sir Edmund Hillary was on his way to conquer Everest in 1953, he took jam with him.